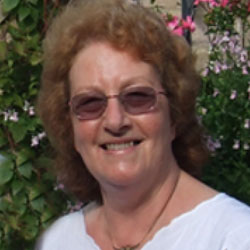 Originally trained in Pharmacy before taking a degree in Education at the University of Wales.

Ann Harrison originally trained in Pharmacy before taking a degree in Education at the University of Wales.

After the death of her husband she became interested in Communication from the Spirit Realms and later qualified in the therapeutic healing arts of Aromatherapy, Swiss Reflex treatment and Touch for Health (Kinesiology). She became involved in research into Psychical Physical Phenomena on meeting her second husband, Tom, in1993 and sat with several current Physical mediums throughout the 1990s. After their move to Spain in 2000 her attention turned to publishing in order to get Tom’s autobiographical account of his mother’s mediumship in to print and since then she has published 9 books. Through her connection with Prof. David Fontana she was introduced to ITC in 2004 and began collating the ITC Journal in 2006.